Leicester City will be looking to keep their 100% record in the Europa League when they travel to the Estádio Municipal de Braga to take on Braga in the return leg of their Europa League Group G fixture on Thursday night.

The first leg in Leicester ended in a heavy 4-0 defeat for Braga boss Carlos Carvalhal earlier this month and he will be looking to make some changes in both personnel and format for this return leg. They responded well to that defeat however with a crucial 3-2 win over Benfica in the Portuguese Premier League and a dramatic 2-1 victory over lower league side Trofense in the Portugal Cup last weekend.

Looking at their form, that Leicester loss was an oddity as they’ve won an astonishing 7 of their last 8 matches and have kept 4 clean sheets in this run.

They are also pretty solid at home with just one defeat in their last 10 games across the board (7W, 2D, 1L). A win here will see them moving joint top of the group with the visitors on 10 points. This will certainly motivate them.

Leicester’s impressive run of six consecutive wins in all competitions came to a screeching halt on Saturday night at Anfield, with Liverpool running out a comfortable 3-0 winners. That was their first away loss of the season but they still remain in top 4 in the league.

The story is even better in the Europa League where they have won all their three league games, including a 4-0 win over Braga at the beginning of November to top Group G three points clear their hosts who are in second place.

Brendan Rodgers’ objective is to win the group. He is likely to name an unchanged team with striker Kelechi Iheanacho, who scored twice in the first leg, leading the lines again. A win here will certainly seal the deal.

Despite the 4-0 first leg result, we feel Braga will provide a much sterner test here in this return match. They have posted great results at home in their recent outings and responded to that embarrassing loss with back-to-back wins. Plus, they are only three points behind Leicester in the group and a win for them will push the competition for the top spot in the group to the final two games. Braga have only let in two goals in their last 5 home matches and they will certainly clean up some of the loopholes from the first leg. Goals may come at a premium here and we are going for Goal Under 3.5 @ 1.43 with Interwetten for our initial betting tip.

Much as Leicester impressed in that first leg, they looked horrible in their weekend loss to an under-strength Liverpool team. Braga meantime come into the match with a bit of momentum following their two wins on the trot. They missed some glorious opportunities in the first leg to draw the match level before Leicester pulled away. We feel they will be up to the challenge this time around and we are backing them to win or draw @ 1.80 with Interwetten bookie review as our final call for this clash.

Brush up your knowledge of sports betting by reading our summary of basic betting terms. 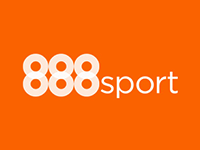 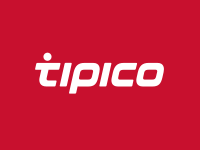