Here, you have all english Premier League betting tips at a glance. We provide you with detailed forecasts for every matchday. In addition to that, you can also find a comprehensive odds comparison.

Manchester City emerged the winner in 3 of their last 5 league games (3 wins, 2 draws, 0 defeats. In 4 games on home turf in the current Premier League season 2022/2023, Manchester City have won 3 times, with 0 draws ending in a draw, and 1 game ending in defeat (Goal difference 14:2).

Man City defeated Copenhagen 5-0 at home in the Champions League on Wednesday night to extend their unbeaten record in all competitions to five games.

They defeated Manchester United 6-3 at home in their previous league game, including hat-tricks from Erling Haaland and Phil Foden.

On Saturday, Pep Guardiola’s squad will play again in the Premier League. They are the only club in the league to have eight games this season without a loss.

Southampton has dropped three straight games, so going to Manchester will be a challenging task for them. Joe Aribo’s goal in the 49th minute against Everton in their previous league match gave them the lead. The advantage was small, though, as the Toffees turned the game around with goals from Conor Coady and Dwight McNeil within three minutes of one another.

Since winning 3-1 there in April 2004, Southampton has lost all 11 of its Premier League games there, and in 45 away league matches against top-flight champions overall, they have just twice ever won.

OUR PREVIEW AND PREDICTIONS FOR MANCHESTER CITY VS. SOUTHAMPTON

In their past five league and cup games against Southampton, Man City has won three of them, going undefeated in those contests. Only over 3.5 goals will be scored on Saturday, even though two of those triumphs came in games with over 4.5 goals scored. Over 3.5 goals have been scored in three of Man City’s previous five games, and all three have resulted in a comfortable victory for Pep’s team. Although they haven’t let up many goals in their past five Premier League losses, Southampton hasn’t faced Haaland and company yet, despite the fact that they have lost four of their last five games.

For your betting tips today, we suggest Parimatch and World sports Betting as tried and tested by our team of experts.

Bet Over 3.5 goals at Parimatch here!

Erling Haaland, who has 14 goals in just eight league games, has dominated the Premier League with three hat-tricks. While Man City is winning games easily and scoring goals with ease, Southampton is currently in a slump. In this game, Haaaland is our pick to score first. 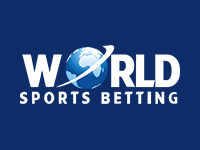 Southampton FC performance of the last 4 away matches