Mexico and Poland will clash at Stadium 974. Kick-off time is at 5:00 PM on Nov 22, 2022. In our preview of Mexico vs. Poland we will provide you with all the important facts and stats for this WC fixture. Let’s start by having a look at the current form of the two teams involved.

In their last five WC encounters, Mexico managed to get 3 wins against Poland, while Poland scored 1 win. On 1 occasion, there was no winner. If we focus exclusively on the home games that Mexico played against Poland in the WC, we get the following record: 2 wins for Mexico, 0 draws and 2 wins for Poland.

Meanwhile, you can grab Cyberbet welcome bonus as a newly registered user. Additionally, you may go through our 10bet bonus details for an intriguing deal.

Do you want to take home a huge prize at this year’s masterpiece? Then, look at additional World Cup Tips.

Mexico is expected to qualify, and this outcome will significantly increase their chances of doing so. Even though it’s the first of three games the teams will play, it’s the one most likely to determine who advances as the runner-up.

The Mexicans haven’t dropped their initial World Cup game since 1994, and their most illustrious opening triumph may have come 4 years ago when they shocked the reigning champions Germany with a strike from Hirving Lozano.

This group has a great deal of experience, but they had trouble in CONCACAF. Despite coming in second place to Canada in CONCACAF qualifying, Mexico will face considerably tougher opposition in the World Cup and will need to be well-prepared for the battle. Their reluctance to capitalize on opportunities eventually cost them the top spot.

Two of their previous three games have ended in victories for Poland, who are starting their World Cup campaign. Although they were just above average at Euro 2020, Poland does have a strong midfield. Robert Lewandowski’s tenure with the team is undoubtedly coming to an end but he is a force for Poland.

The Eagles can defeat Mexico to finish second behind favorite Argentina and go to the knockout phase after being placed in a winnable group.

Poland has better depth in the midfield and in the attacking players. Goalscorers for their clubs this season Milik, Swiderski, and Piatek, together with Zielinski, who is having an outstanding campaign with Napoli, offer more depth in the forward positions than the majority of countries can manage. They may appear to be the underdogs in the group, but they have a lot to offer and are a bunch to keep an eye on.

OUR BETTING PREDICTIONS FOR MEXICO VS POLAND

Mexico has an edge over Poland when comparing the two nations’ World Cup records since Mexico has participated for every World Cup since 1994, whereas Poland has only been able to do so 3 times. Mexico, who has also frequently got past the group stage although never defeating Poland, is in a strong position.

Considering Mexico’s success in previous World Cups, we believe that the current match will most likely result in a draw. Both sides’ previous results in friendly matches are comparable, although Mexico has never defeated Poland. Given that both clubs’ cup campaigns would just have just begun, a draw is a possible result.

Given that he won the “European Golden Shoe” twice in a row and the “Ballon d’Or Striker of the Year” award in 2021, Lewandowski is the player many anticipates scoring at the World Cup. He will undoubtedly make an effort to get past Mexico’s goalie. In five of his past six matches, in which he scored one or more goals, Lewandowski scored in the first half; hence, we predict it to happen once more. For our second tip today, we are going with Poland to score first. 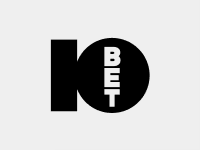 Poland performance of the last 4 away matches