Gameweek 3 in the WC will see the clash between Poland and Argentina at Stadium 974. Kick-off time is at 8:00 PM on Nov 30, 2022, and the match will be refereed by Danny Desmond Makkelie. In our preview of Poland vs. Argentina we will provide you with all the important facts and stats for this WC fixture. Let’s start by having a look at the current form of the two teams involved.

Poland emerged the winner in 2 of their last 5 league games (2 wins, 1 draw, 2 defeats. In 1 games on home turf in the current WC season 2022 in Katar, Poland have won 1 times, with 0 matches ending in a draw, and 0 games ending in defeat (Goal difference 2:0).

In their last five WC encounters, Poland managed to get 2 wins against Argentina, while Argentina scored 2 wins. On 1 occasion, there was no winner. If we focus exclusively on the home games that Poland played against Argentina in the WC, we get the following record: 2 wins for Poland, 1 draw and 1 win for Argentina.

Have you heard of the great 1xbet bonus rules yet? This offer, which is available to all customers who register for the first time, will allow you to start off with some extra credit. We also recommend you check out the Playbet bonus and take full advantage of them.

Poland has little choice but to give their all in order to secure a place in the next round in a group where everything is achievable and numerous combinations will undoubtedly give the group an unexpected edge.

Poland has demonstrated its defensive prowess in Qatar by being one of just two countries to have yet to allow a goal after two group games as of this writing. In fact, the Eagles have now won all four of their recent international matches without allowing a goal. We anticipate Poland manager Michniewicz to start the same team against Argentina.

Wojciech Szczesny, who save a first-half penalty in the victory over Saudi Arabia, plans to carry on in the same vein and keep rallying the squad from a behind.

GET YOUR 1XBET BONUS NOW!

When they square off, Argentina will be attempting to surpass Poland and advance to the round of 16 of the 2022 World Cup.

As they prepare for their last group match, the two-time world champions are currently tied with Saudi Arabia on three points, trailing Poland by just one point.

Argentina defeated Mexico 2-0 in their most recent game, restoring the possibility of making it to the knockout rounds after losing their opening game thanks to a moment of brilliance from Lionel Messi and a fine shot from prolific striker Enzo Fernandez.

Argentina will undoubtedly play Poland in a pivotal World Cup match as they attempt to avoid an unexpected early exit from Qatar.

OUR BETTING TIPS FOR POLAND VS ARGENTINA

Argentina and Poland will square off in the intriguing matchup that will determine whether team advances to the next round in Group C.

Argentina did lose shockingly to Saudi Arabia, but they beat Mexico to put themselves back in the running for the next round. Poland, on the other side, managed to defeat Saudi Arabia, but it took them some time. In any case, we do not anticipate Argentina losing and exiting the competition at the group stage.

There have been fewer than 2.5 goals scored in three of the four World Cup games that these two nations have played together so far.

Despite this, both clubs know how important this game is and will play it very carefully because losing may spell the end for their chances of moving through. So, it’s possible that this will also be a low-scoring game.

You can also take the opportunity of making money off of our professional forecasts and World Cup tips and predictions. 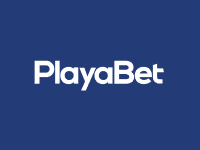 Argentina performance of the last 4 away matches