Atalanta travel to the San Siro on Friday evening to take on AC Milan with an opportunity to pile even more pressure on leaders Juventus following their shock loss on Thursday at Udinese.

Milan have been one of the top teams since the restart having collected 23 points from a possible 27 points which has propelled them into sixth place on the log, just a couple of points behind AS Roma.

Europa League places are yet to be determined and AC is a three-way battle with Napoli and AS Roma with 3 games to go.

Atalanta too have been on a tear in the league having gone unbeaten since January 20 which has seen them eclipse Serie A giants to sit second on the log just 6 points behind Juventus coming into this game. They bounced back from a disappointing draw at Verona with a solid 1-0 win at home against Bologna in their last outing.

With Juventus’ loss at Udinese, they can cut the lead at the top to just three points. But they will have to do it without attacking midfielder Josip Ilicic who is still ruled out with injury.

This is a tough one to call one way or the other. Both of these teams are playing so well at the moment. The one thing that is a constant for both of them though is their goal-scoring abilities. Atalanta are by far the best attack in the league with an astonishing 93 goals in the Serie A so so far. AC Milan meanwhile has also had a resurgence after the restart winning 7 of the 9 games they have played and scoring at least 2 or more games in all those games. With both teams needed a win here, we are likely to be treated to a goal-fest. We are therefore going with Over 2.5 goals @ 1.44 with 1xBet as our first betting tip here.

Atalanta are unbeaten in 17 straight games. Their 1-0 win over Bologna last time out was their eighth win in the 10 games they have played since the restart. They’ve only lost one game on the road this season – funny enough, that came against the same Bologna team back in December. With Juventus shock loss on Thursday night, they will certainly be motivated to come out and get all three points here. They have shown they have what it takes to get the job done. 1xbet betting app have double chance Atalanta or Draw priced at 1.43 and we see great value here and we are backing it as our final betting tip for this encounter. 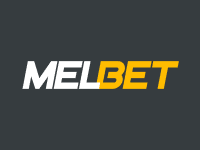 Atalanta performance of the last 5 away matches