Both teams will be vying for record-equaling eighth and fourth Portuguese League Cup titles, respectively.
The Derby de Lisboa is one of Portugal’s most ferocious clashes, and the two teams last met at this stage of the tournament in 2009, when Benfica won their first-ever title on penalties after a 1-1 draw in extra time.

In the betting tips provided, you may take advantage of the Betwinner bonus and Mr.Play bonuses.

Benfica reached the final of the Taca da Liga by a hair’s breadth, needing penalty kicks to beat a tenacious Boavista side in the semi-finals. In a dramatic match that saw both teams complete the first 90 minutes deadlocked, and with nothing separating either side after extra time, they won 3-2 on penalties, as Julian scored the game-winning goal.

Nélson Verissimo’s side has now won three and drawn one of their past four games.
Benfica are unbeaten in their past three Taca da Liga games facing Sporting Lisbon and therefore will try to keep the momentum going into the match.

Sporting Lisbon has had a strong domestic season thus far, winning 8 of their past ten league games this season, scoring 22 goals and ensuring 5 clean sheets in them.

The Leoes, who are now second in the Primeira Liga table, breezed through the Taca da Liga finals following a strong showing in the semi-finals, where they rallied from behind to defeat Santa Clara 2-1 last Wednesday.

Sporting Lisbon, the defending cup winners, will now attempt to defend their championship and capture their second trophy of the season after defeating Braga in the Super Cup earlier at the start of the season.

OUR BENFICA VS. SPORTING BETTING TIPS

These are two of Portugal’s most powerful clubs, and we anticipate a terrific match on Saturday. Sporting Lisbon, on the other hand, comes into the game as the more in-form team, having won nine of their last ten games. Despite this, a game of this magnitude will be high-tension and tactical.
Benfica has scored in all five of their previous matches, while their opponents have scored in every domestic encounter since March 2021. Due to the high caliber of offensive that both sides possess, both teams are sure to score. As our today’s betting tip, we are predicting Both teams to score at a price of 1.79 from Betwinner.

Benfica has won the most titles in this league since its creation, but we are backing Sporting Lisbon to win by a slight margin and extend their dominance. In their last 15 games, they have only lost three times. As a result, we’re going with a Double Chance Draw/Sporting Win and Mr.Play is offering it with a very competitive odds of 1.58. 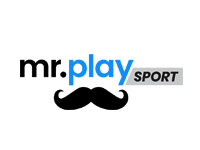 Sporting CP performance of the last 5 away matches