Gameweek 23 in the Serie A will see the clash between Internazionale and AC Milan at Giuseppe Meazza. Kick-off time is at 8:45 PM on Feb 9, 2020. In our preview of Internazionale vs. AC Milan we will provide you with all the important facts and stats for this Serie A fixture. Let’s start by having a look at the current form of the two teams involved.

Looking for multibet predictions? Livetipsportal sports betting and football data is your source of analytical and stats-based betting predictions for the most popular leagues and international competitions.

AC Milan have won 3 of their last 5 Serie A encounters (3 wins, 2 draws, 0 defeats. The away record in this year’s Serie A season for AC Milan reveals the following stats: 6 wins, 0 draws and 5 defeats - Goal difference 12:14.

Naturally, you can follow our advice and place the same bet free of charge. If you decide to do so at a new bookie, you can benefit from the Melbet first deposit bonus. We have already tested the offer for you in detail.

In previous seasons, the Milan Derby had become an after-thought, only clinging to past glory and historical acclaim. This match, however, is one that football fans from around the world are eager to see. Inter are chasing their first Scudetto in ten years, while Milan are on the upward trajectory since the appointment of Stefan Pioli. The addition of football superstar, Zlatan Ibrahimovic, adds to the spectacle football fans are expecting.

Inter Milan are just three points behind top-of-the-table team Juventus, and are currently on 51 points from 22 matches. Those 51 points were accrued thanks to 15 wins, six draws and only a single loss to Juventus. In those 22 matches, they scored 44 goals and conceded 18 goals. The Nerazzurri have been designated as the home team for Milan’s visit. In home matches this season, Antonio Conte’s men have only won six out of their 11 matches, with four draws and one loss, scoring 19 and conceding eight goals. They’ve also won only one of their last three home games in matches against Cagliari (1-1), Atalanta (1-1), and Genoa (4-0).

Three draws in the last four Serie A matches have seen Juventus leapfrog them on the table. More frustrating is the fact that the draws came against teams they were expected to beat, including Cagliari, Lecce and Atalanta. However, the team bounced back from those consecutive draws with a 2-0 win away at Udinese, thanks to a brace from Romelu Lukaku. Since signing from Manchester United, Lukaku has struck a fantastic partnership with Lautaro Martinez. Romelu Lukaku had 20 goals in 29 appearances with 16 of those goals coming in the league.

In the January transfer window, Inter have added Christian Eriksen, Victor Moses and Ashley Young, in what is an indication of the tactical pattern Conte wants to employ going forward. Conte prefers to play with a back three and two wing-backs.

After a disastrous start to the season, AC Milan sacked Marco Giampaolo and appointed Stefan Pioli. Since then, the team has performed better and the results have also improved. They are now only seven points behind the last Champions League spot, and will be pushing to make up that difference during the final third of the season, even though the team had to settle for a 1-1 draw at home to Verona in their last match. The addition of Zlatan Ibrahimovic to the team has also raised morale around the team and galvanized the Rossoneri.

Overall this season, Milan have gained 31 points from their 22 matches. Stefan Pioli’s men have won nine matches, drawn five and lost eight. One of the team’s problems this season is scoring goals, with only 23 scored all season. For comparison, this record is only better than the goal tally of five teams. The defence hasn’t been all that bad with 27 goals conceded, the fifth joint-best record in the league. In their last three away games, Milan have won two and lost one – a 5-0 drubbing at the hands of Atalanta.

The two players to watch are Zlatan and Ante Rebic. Rebic has three goals in his last four matches, and Zlatan is … well Zlatan; he can produce magic anytime. 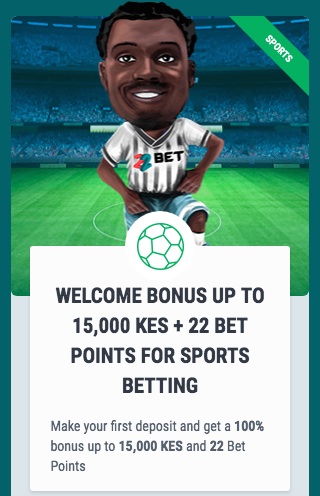 AC Milan performance of the last 5 away matches