Matchday 2 in the Africa Cup of Nations features the clash between Malawi and Zimbabwe at Stade Omnisports de Bafoussam. The referee for this fixture (Jan 14, 2022 at 5:00 PM) will be Beida Dahane. In our preview of Malawi vs. Zimbabwe, you will receive all the important details and facts about this Africa Cup of Nations fixture. We will begin with an analysis of the current form of the two teams.

Looking for football multi bet tips? Livetipsportal sports betting and football data is your source of analytical and stats-based betting predictions for the most popular leagues and international competitions.

Out of the last five Africa Cup of Nations encounters between the two teams, Malawi won 0. In 2 matches the points between the two sides were shared, and 3 times Zimbabwe got the win. If we look at the home record of Malawi against Zimbabwe, the stats are as follows: 0 wins Malawi, 3 draws and 2 wins Zimbabwe.

Naturally, you can follow our advice and place the same bet free of charge. If you decide to do so at a new bookie, you can benefit from the 1xbet welcome bonus. We have already tested the offer for you in detail.

The Kouekong Stadium will have Malawi and Zimbabwe face off in a must-win match. Both clubs lost their first two games in Group B, and they are looking for a win or else they will face an early exit from AFCON.

Malawi lost 1-0 against Guinea on Monday, after putting up a valiant performance. The Flames fell down after a 35th-minute goal and were unable to tie the game up  Malawi’s side has now lost five games in a row in all categories and is in desperate need of a turnaround.

Norman Mapeza’s team appeared to be on track to earn a valuable point against their opening match opponent only for them to lose in the injury time through a penalty. They will definately be looking to get back on track to try and qualify to the next stage.

In our evaluation of this match, we recommend 22Bet and MrXbet. Our reviews will help you find the best African betting sites for you.

Malawi is on a losing streak, having lost five of their past six games. Their most recent success came in September when they defeated Mozambique 1-0. This was their only win in their previous twelve games. Their main issue has been goal scoring, with only two goals scored in their past eight games. Malawi will face a difficult task in this match, as they have lost all seven of their previous encounters with Zimbabwe. The last time they won this match was in 2005.

It is an all-out for them as a loss will definitely be a ticket out of AFCON. We expect a hard fight match from them and try to improve their scoring.

Zimbabwe lost their first encounter after conceding a penalty to Sadio Mane in the injury time. They were very sure for a shared point but the football gods had it otherwise. They had a terrible World Cup qualification campaign, losing all six of their group matches and finishing bottom in their group. They haven’t won in their past 13 games, with 5 ties and eight losses. Their most recent triumph came in last year against Botswana. They also struggled to score goals, scoring only three in their past ten games.

They found themselves in yet another challenging position but they will definitely have to have all their head and psych to this match as it is a must-win for them.

Malawi and Zimbabwe will meet for the 4th time in their history. As a result, we anticipate a sense of déjà vu in this encounter. Both sides face defensive issues going into the match, so it will be fascinating to witness which side will outperform the others as they are both looking for a win here.

Our betting strategies can help you get bigger wins.

MALAWI vs. ZIMBABWE HERE AT 22BET

These clubs might play a more aggressive style than they did during the first game in their search for victory following losing their early games in the competition. Furthermore, in two of the previous three games, both teams scored goals.

Africa Cup of Nations prediction: Both Teams To Score @ 2.47 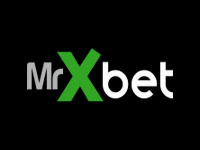 Zimbabwe performance of the last 4 away matches