Gameweek 18 in the Primera División will see the clash between Sevilla FC and Atlético Madrid at Ramón Sánchez Pizjuán. Kick-off time is at 9:00 PM on Dec 18, 2021. In our preview of Sevilla FC vs. Atlético Madrid we will provide you with all the important facts and stats for this Primera División fixture. Let’s start by having a look at the current form of the two teams involved.

Here, you have all La Liga predictions at a glance. We provide you with detailed forecasts for every matchday. In addition to that, you can also find a comprehensive odds comparison.

Naturally, you can follow our advice and place the same bet free of charge. If you decide to do so at a new bookie, you can benefit from the 1xbet bonus. We have already tested the offer for you in detail.

When Atletico Madrid takes on Sevilla at Estadio Ramon and, they will be seeking to rebound from consecutive La Liga losses.

Atletico Madrid are in fourth position in the rankings after losing their past two league games against Mallorca and Real Madrid, while Sevilla are in second place after winning their last two games against Villarreal and Athletic Bilbao.

The Bet365 and Chezacash will provide us with our betting tips for today.

As previously said, Sevilla is ranked second with 34 points, while the guests are ranked fourth with 29 points. With a game in hand, Sevilla sits eight points behind leaders Real Madrid, and a win here would narrow the gap to five points.

Sevilla is quickly emerging as a legitimate title contender in this season’s La Liga title campaign. They have only lost once in their previous 10 league games, and that loss came against Real Madrid, who are now in the first place. They’ve simply been beaten once in their past 15 home games, which was a Champions League loss to Lille. Only one of Sevilla’s past nine encounters against Atletico had ended in a victory, and that victory came in April.

The reigning champa are having a rough season, lagging Madrid by 13 points despite having a game in hand, and it’s looking increasingly probable that the championship will be decided across Madrid.

They received a lift by making it to the Champions League playoff round, but their pleasure was brief following loosing their most recent encounter 2-0 against their Madrid rivals. Only one of their past five league-road games has resulted in a victory. They’ve now dropped their past two league games. In their nine away games this season, Atletico has failed to keep a clean sheet.

Atletico Madrid have 2 league games left well before winter holidays, over Sevilla and Granada, and it’s critical that they keep chasing against the league leaders but with the bad results it could haunt them in the title race.

Sevilla has a top league position and is playing better football than their rival. Despite the fact that four of the past six league encounters between these two clubs have ended in a draw, Sevilla won 1-0 at Estadio Ramon last season. We believe Sevilla will win or draw this match since they are extremely difficult to beat at home. Bet365 First Deposit Bonus has them priced @ 1.40 for Double chance Sevilla to win or draws and we are picking that as the first of our La Liga betting tips. 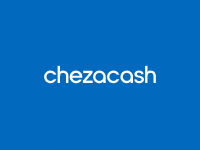 Atlético Madrid performance of the last 6 away matches