Manchester City delivered a great Boxing Day performance, as Pep Guardiola’s team defeated Leicester City in a nine-goal thriller.
Brentford, on the other hand, were defeated 2-0 by Brighton & Hove Albion at the weekend. They’ll both renew their pursuit for Premier League supremacy against Brentford on Wednesday before moving into the new year in 2022.

Take a look at our Premier League tips some well tips and suggestions on how to win more money.

Frank’s team has now won two, drawn two, and lost two of their previous six games in the Premier League, and they are currently 13th in the table. Brentford were unlucky as they were hammered 2-0 against Brighton on Boxing Day, but they now come homewhere they did managed winning back-to-back.

This season, they have lost 4 home league matches, but they have won the last two, defeating Everton and Watford. They are nine points clear of the relegation zone, although they have played two games more than Burnley, who are in 18th place.

They have some tough upcoming games as they face Manchester City and then Liverpool. They will need to do much because they aint far from the relegation zone.

The defending champions also arrive to the Brentford Community Stadium on the back of a 5 unbeaten run in the Premier League away from the home, with at minimum two goals scored in each of those games. Manchester City will try to maintain their lead after a Boxing Day victory against Leicester City.

They have netted 17 goals in their previous 3 Premier League games and have won all 9 of them. Man City now has a six-point lead over second-placed Liverpool, who face Leicester on Tuesday 28th.

At both ends of the table, this game is crucial, with Brentford fighting to stay up and Manchester City hoping to maintain their advantage. The Bees have done admirably against the great teams at home, but I don’t think they’ll be able to halt Manchester City’s onslaught. Man City has scored at least four goals in each of their previous three Premier League games, including a 6-3 victory against Leicester. We anticipate a bunch of goals being scored in this encounter..

Manchester City has been on a scorching winning streak since early November and shows no signs of stopping. The incumbent Premier League winners are currently the clear favorites to retain their title, having opened up a three-point lead at the top of the table, and we predict them to win for the 10th time in a row here. As our second tip, we are picking Manchester City win.

This Christmas season, check out our best betting sites in Africa for some incredible betting bonuses and promotions so you may continue to celebrate with big wins. 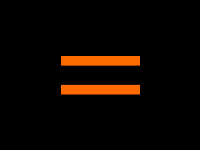 Manchester City performance of the last 5 away matches