Barcelona are back in Europa League for the first time since 2003/04 season when they crashed out in the knockout phase against Celtic. In that tie, Xavi was in the starting 11 as a Barca player. This time around as the gaffer, he is looking to re-invent the Catalans as a power house in European football.
To make this happen, taking charge of this first leg knockout tie against Napoli is expedient.

For Napoli, they will be looking to replicate their exploits in 2014/15 season when they got to the Semi-Finals. Their confidence will be boosted by Victor Osimhen’s goal-scoring form which has seen him average a goal every 42 minutes in this competition.

CHECK OUT THE JUICY BONUS ON YANGASPORT

As a European football enthusiast, this is one game you don’t want to miss. We will focus on Yangasport and Betmoto for this Europa League prediction.

Without doubt, Xavi faces a daunting task as Barca manager as he looks to bring back the glory days to the Spanish giants.
Competing in Europa League isn’t something any Barca fan would relish but given how their fortunes have dwindled so far, it represents the only realistic chance of winning a silverware this season.

Following their Copa Del Rey elimination, Barca are 15 points behind leaders Real. Hence, this tie is crucial in the context of protecting their only hope of a trophy this term.

They earned their place in this stage of the tournament after finishing second in Group C, earning 10 points from six games. They head into this tie on the back of a 1-1 draw against Inter in their last Serie A. Spalleti’s men are third, 2 points behind leaders AC Milan, meaning a first scudetto since 89/90 season is very much possible.

Although things are good domestically, Napoli are thirsty for European glory having failed to make it past this stage five times before. To prevent another early exit, earning something in this first leg tie is pivotal .

OUR BARCELONA VS NAPOLI PREDICTIONS

While the Europa League is an unfamiliar territory for Barcelona, a run of 4 wins in the last 6 against Napoli is something they can count on. In addition, they head into this tie on the back of an impressive goal-scoring form of 6 goals in the last 2 games. Hence, we are backing them to score at least two here (Barcelona Over 1.5 goals).

For our first betting tip today , Yangasport offers odd of 1.84.

Barcelona have a better h2h record. However, in 3 of their last 5 games, they have not kept a clean sheet. Based on this, we are expecting that Barca will win or draw with both sides scoring (Double Chance 1X & GG) Betmoto has odd of 2.04 for this tip. 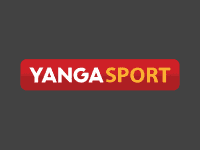 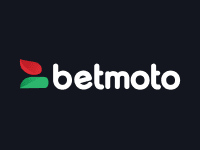 Napoli performance of the last 5 away matches