Gameweek 20 in the Bundesliga will see the clash between RB Leipzig and Bor. Mönchengladbach at Red Bull Arena. Kick-off time is at 6:30 PM on Feb 1, 2020. In our preview of RB Leipzig vs. Bor. Mönchengladbach we will provide you with all the important facts and stats for this Bundesliga fixture. Let’s start by having a look at the current form of the two teams involved.

Here, you have all Bundesliga betting tips at a glance. We provide you with detailed forecasts for every matchday. In addition to that, you can also find a comprehensive odds comparison.

Naturally, you can follow our advice and place the same bet free of charge. If you decide to do so at a new bookie, you can benefit from the Melbet registration bonus. We have already tested the offer for you in detail.

Leipzig will seek to retain the first position in the Bundesliga when they host Mönchengladbach at the Red Bull Arena. The visitors, on the other hand, will be looking to topple the leaders and claim top spot, depending on the results of Bayern’s match away at Mainz. All in all, this would be an interesting encounter between the first and third-placed teams in the league, separated by only two points.

Bet on Leipzig vs Gladbach at Netbet!

Leipzig’s four points lead was cut to three points last week when the team surprisingly lost to Eintracht Frankfurt 2-0 away from home. Before that game, Die Rohten had gone nine games unbeaten. With immediate rivals and title challengers all winning last week, Julian Nagelsmann’s men know that there can be no room for error if they are to win their first Meisterschale in the club’s history.

This season, Leipzig have amassed 40 points from 19 games, with 12 wins, four draws and three losses. In those 19 games they’ve scored 51 goals – the joint second-best behind Bayern’s 55 – and conceded 23 goals. Playing at home, though, Leipzig are on one of the best runs, winning their five consecutive matches on home soil. Interestingly, they’ve scored three goals or more on each of those five encounters, which speaks volumes of their potency in front of goal.

Speaking of goals, Leipzig have the second-highest goalscorer in the Bundesliga, Tim Werner. The German striker has been directly involved in 26 goals, including 20 goals and six assists. You can count on him adding to this tally, come the end of 90 minutes on Saturday evening. The team should also be boosted by the return of Klostermann.

Mönchengladbach remain third in the league, but only two points behind Leipzig after their come-from-behind 3-1 win over Mainz. Prior to that match, they lost 2-0 to Schalke. They are currently on a bad away run at the moment, winning only one of their last five Bundesliga away matches. In fact, they currently stand without a win in four matches, with three of those matches ending in defeats.

This terrible away run means Die Fohlen cannot string together consecutive positive results. In their last six matches, they’ve only won three, losing two and drawing once: not a good result for title contenders. Overall, Marco Rose’s men have earned 12 wins and three draws from their first 19 matches, despite scoring only 36 goals and conceding 21 goals. In away matches, the story is a bit different, with only four wins from nine matches (one draw and four losses) and only scoring 10 goals and conceding 9 goals.

The foals will be looking to Alassane Plea to lead them to victory on Saturday. The striker returned to scoring form last weekend, after securing a brace in the match against Mainz. That said, this may be a tall order with the team, only scoring one goal in their last four away matches. 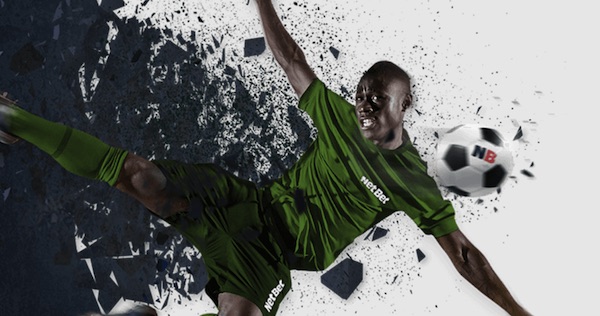 Since coming back into the Bundesliga, Leipzig have had the measure of Borussia Mönchengladbach. Since 2016, both teams have met seven times, and Leipzig have won five of those games, including all of the last four meetings between the two sides. The reverse fixture earlier this season finished 3-1 in favour of Leipzig. Across those seven games, Mönchengladbach have only scored six goals and scored more than a goal in only one match.

Looking at the statistics and current form, it’s difficult not to back a Leipzig win. However, we reckon a double chance punt on Mönchengladbach offers greater value. Hamabet offers this option at 2.45 odds, while Netbet (claim your Netbet bonus for new customers now) offers the same option at a similar 2.45 odds. If you’re more risk-averse when it comes to betting tips, then betting on the goal market may seem more convenient. Netbet offers you the following odds: Over 2.5 – 1.44, Over 3.5 – 2.15.

Bor. Mönchengladbach performance of the last 3 away matches