Skip to content
home
>
sportsbetting news
>
matches of week 6
The biggest match of the week is taking place in Italy when Inter faces Milan. We also have all the information you need for Dortmund - Leverkusen and Manchester City - West Ham

One of the biggest news going into week 6 is that Premier League teams will be at the start of their winter break (a staggered football schedule). One of the four EPL games this weekend will see Manchester City welcome West Ham to the Etihad. In Italy, Inter Milan is the designated home team in the Milan derby, while in Germany Borussia Dortmund will be looking to keep their title hopes alive when they visit Leverkusen. Here we have a list of our betting tips. 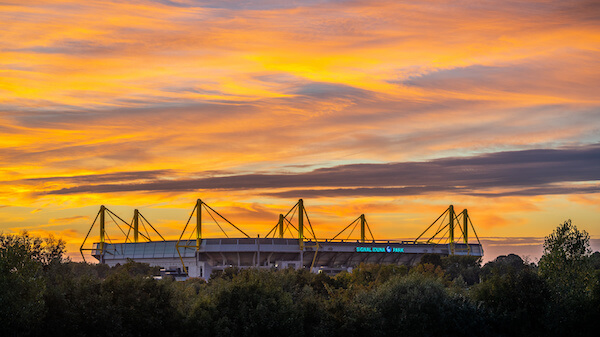 Leverkusen vs Borussia Dortmund
The race to the Bundesliga has been the tightest in recent memory, with teams from first to fourth on the table still in with a realistic chance of claiming the title. Dortmund will be keen to, at the very least, maintain the three points gap between them and first position with a win on Saturday evening. Should there be a stalemate in the match between Bayern and Leipzig, BVB could be just a point behind first position. Leverkusen on the other hand will want to maintain their push for the last Champions League place. Here is our betting tip for Leverkusen – Borussia Dortmund.

Manchester City vs West Ham
Pep Guardiola’s charges are effectively out of the EPL title race, and are perhaps only playing to maintain a grip on second place. However, West Ham has still very much everything to play for, as the Hammers currently languish in the bottom three and face the prospects of relegation. David Moyes’ men only had two wins in ten matches. On paper, this should be an easy win for City, but you never know. Take a look at our Manchester City – West Ham betting tip.

Bet at Betway on the Premier League!

Internazionale vs AC Milan
Two cross town rivals with distinct ambition clash on Sunday. Inter Milan are chasing their first Scudetto since the 2009–10 season. While AC Milan have rallied in the last few matches since the appointment of Stefan Pioli; the only realistic ambition they have is to qualify for Europe. For Inter, three draws in the league since the turn of the year has seen them drop three points behind Juventus, and they will want to ensure the gap remains the same (or reduced depending on the result of Juve’s visit to Verona) come the end of the final whistle. You can find the betting tip for Internazionale – AC Milan.