In gameweek 0 of Africa Cup of Nations, Cameroon will host Gambia at Japoma Stadium. Kick-off is scheduled for 5:00 PM on Jan 29, 2022 With our match prediction and odds comparison for Cameroon vs. Gambia you are guaranteed to get all the important facts and details for this fixture. First and foremost, we will take a close look at the teams' recent performances.

Livetipsportal is your expert-level platform for sure win prediction for tomorrow. We offer you the best sports betting predictions for the world’s top leagues as well as for the most popular international competitions in football.

Cameroon were victorious in 3 of their previous 5 league matches (3 wins, 1 draw, 1 defeat. In the current Africa Cup of Nations season 2022 Kamerun, Cameroon were able to win 3 of their 3 games at home, with a total of 0 draws, and 0 defeats (Goal difference 8:3).

You want to place a bet at a bookie you haven’t signed up with yet? In this case, we can recommend the Melbet welcome bonus for newly customers. We have already tested this offer for you.

The quarter-final of the Africa Cup of Nations kicks off in earnest on Saturday with the host nation Cameroon inviting surprise package Gambia to a duel at the Japoma Stadium in Douala.

Cameroon have taken care of business as expected but Gambia have had a debut campaign for the ages, knocking off big names both at the group stage and in the round of 16 to earn this quarterfinal date with the hosts.

This has all the potential to be a dramatic quarterfinal and we will turn the spotlight on Melbet and Cloudbet betting options and prices for our AFCON 2021 betting tips in this preview.

Gambia came into the tournament with very little expectations. Not only is it their first-ever appearance, but they are also the lowest-ranked team on the latest FIFA rankings amongst all the teams that bagged a ticket to the tournament. What they have done is therefore nothing short of breathtaking and they have won many admirers in a football-crazed continent and even other football lovers across the world.

The Scorpions topped Group F with 2 wins and a draw in their group games and went to eliminate Guinea in the round of 16 thanks to a hard-fought 1-0 victory in Kouekong on Monday.

Tom Saintfiet’s men have built their success on the back of a suffocating defence that has seen them conceding just a single goal thus far and grind out three 1-0 wins. This will certainly be a litmus test for them as the hosts have been in free-scoring mode all tournament long.

Cameroon’s quest for a sixth AFCON title will be put to test when they face off with the tournament’s dark horses Gambia. They have done what they needed to do, easing through the group stages to earn what initially looked like an easy tie against another newcomer Comoros in the round of 16.

Well, that turned out to be anything but easy as they huffed and puffed against the island nation, who played with 10 men for most of the match before eventually edging them 2-1 thanks to goals from Toko Ekambi and the tournament’s top scorer Vincent Aboubakar.

Toni Conceicao’s will have been pleased with the last outcome but he certainly will demand more from his charges here, They carry with them the weight of an expectant nation who have been starved of success at this level for a few years now.

BET WITH BITCOINS AT CLOUDBET HERE

Cameroon are in a groove right now. They are unbeaten in each of their last eight straight games across all competitions (7W, 1D).  Gambia have done well in the tournament and they have earned the right to have a puncher’s chance here. However, the chance of their fairy tale run continuing is very slim. Whatever happens, they have gained their respect. Cameroon are just a tier above them and we are backing them to pick up the win here @ 1.55 with Cloudbet as the initial of our bettings tip today.

The indomitable Lion are likely to have the lion’s share of possession here as they launch waves of attacks to try and unlock this well-oiled Gambian defence. As a result, we are inclined to look at the corners market as we feel they will get a bunch of them here. They have had at least 6 corners in all their games thus far. 7 corners for them pays @ 1.68 with Melbet Bonus and we are rolling with this as our last shout here. 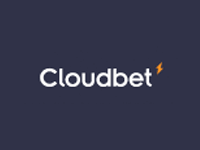 Gambia performance of the last 2 away matches