In gameweek 23 of Ligue 1, Lille OSC will host Paris Saint-Germain at Stade Pierre Mauroy. Kick-off is scheduled for 8:45 PM on Feb 6, 2022 With our match prediction and odds comparison for Lille OSC vs. Paris Saint-Germain you are guaranteed to get all the important facts and details for this fixture. First and foremost, we will take a close look at the teams' recent performances.

Where to find the best tomorrow's betting tips? Livetipsportal offers you a vast selection of predictions for the most popular domestic leagues and international competitions.

Have you heard of the Betway deposit bonus yet? This offer, which is available to all customers who register for the first time, will allow you to start off with some extra credit.

PSG will be on the road to Stade Pierre-Mauroy for the Sunday Ligue 1 fixture to face the defending champions. This is among the match that should not be missed as Lille will be more than ready to show what they can do to the League leader perhaps slowing down Paris Saint Germain’s Mission to the trophy. Scroll down this page to see the detailed analysis and two Ligue 1 predictions for this fixture.

21 points gap from Paris Saint-Germain, it is clear there is no hope for Lille to manage the race for defending their title. Seeing them conceding goals in their last 6 games in a row gives a lot of worries as they take on PSG at home. Fans will be waiting to see them bouncing back from Stade Brestois 29 recent loss and yet they might be wishing to see them avenge the 2-1 loss to Paris Saint-Germain both played on their travel.

A very unfortunate moment as Paris Saint-Germain started dropping the first trophy, Coupe de France in front of OGC Nice by the last Penalty kick from Dante. Perhaps this might be the catalyst for them to put all they have in other competition as a way of making sure there is something that has been earned at the end of the seasons. The current form of PSG in Ligue 1 is very promising that they can still stay on course and have the back to back winnings.

We’re in for a difficult encounter because of the history between these two clubs, but we see Paris Saint-Germain as the favorite one on this night. There is a big chance for the visitor to record a back-to-back winning against Lille in this season hence do not miss the Betway market for this selection at 1.89 odds to increase your earnings.

Bet on PSG Win | at Betway

In the last 6 meetups between the two, there are no more than 10 corners in each match. This gives us much confidence to say it is going to be the best selection for punters on this night hence make use of the Gbets bonus by betting on Under 10.5 Corners as the most accurate prediction for this match at 1.46 odds. 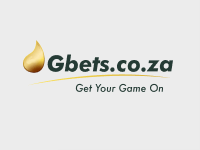 Paris Saint-Germain performance of the last 5 away matches